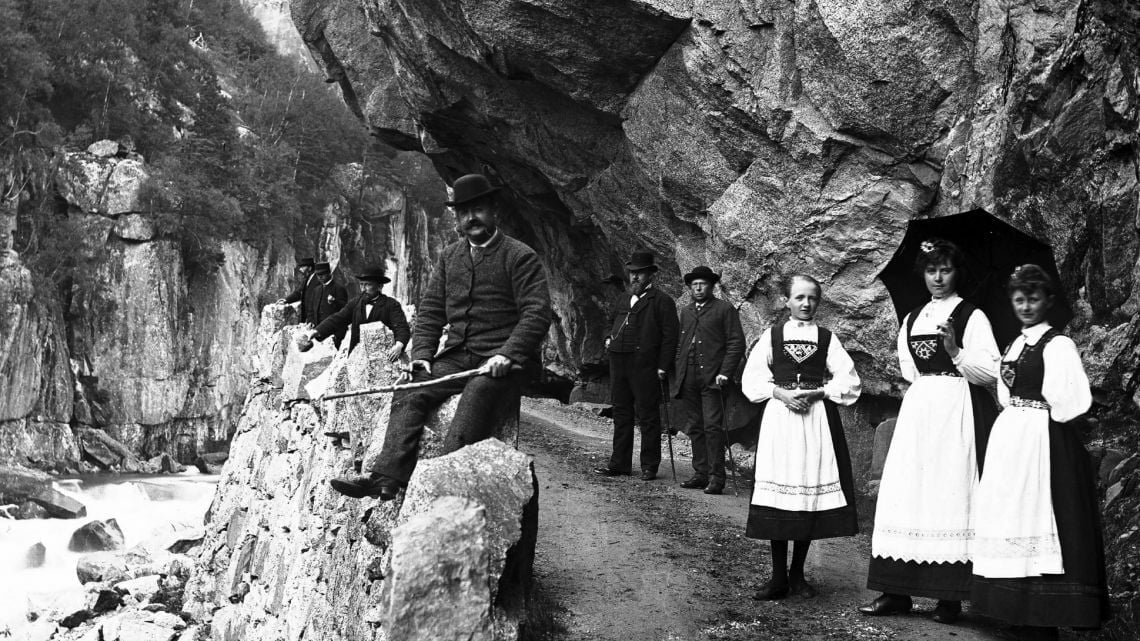 More than 100 years of travel history

In the 1880s the travel agency Thomas Cook, created the Discovery Route as the very first package holidays to be sold in Fjord Norway. The first explorers of the Discovery Route travelled by horse and carriage, and by steamboats on the fjords and the inland lakes. The route was also marketed as «The new inland Route» by the Stavanger tourist association. The famous traveller, explorer and writer E. J. Goodman travelled the route in the 1890s, and wrote the book called “The best tour of Norway”.

The highlight of the Discovery Route was then, as now, the wild and unspoiled nature at the southern entrance of Fjord Norway. When tourist first started coming to Norway in the 1820-1830s, there were no hotels. The travellers stayed at coaching inns and at the rectories. In the 1880s the tourism industry had grown, and along the Discovery Route you could find several venerable hotels in the smaller villages, many in Swiss style.

The travellers on the Discovery Route was mainly rich Englishmen, but late in the 19th century the English middle class also started coming. Besides the Englishmen there were also travellers from Germany and other European
countries.

E. J. Goodman describes the route from Stavanger to Bergen in great details. He travelled by steamer from Stavanger to Sand, from there with horse and carriage to Suldalsosen where there were two hotels at the time. The travel went on by the small steamboat MS Sulldalsdampen on the inland lake Suldalsvatnet to Nesflaten which had three hotels. From there with horse and carriage threw the famous Bratlandsdalen to Røldal and Odda. The road though the valley of Bratlandsdalen opened in 1890. Before that the travelers had to walk through the valley.

Odda was the center of tourism in Fjord Norway at this time. There were 12 hotels in different sizes, with the flag ship; Hotel Hardanger being the biggest hotel and wooden building in Norway at the time. 70 – 80 cruise ships visited Odda every summer, and from 1861 there were steamboat routes going from Bergen to Odda and Stavanger to Odda. According to E. J. Goodman, the steamboat trip from Bergen to Odda took 13 hours.

In 1906 the power station in Tyssedal, once the largest power station in Europe, was built. Several factories were built in Odda and the industrialization of the picturesque little village began.

From Odda E. J. Goodman continued his travel on the Discovery Route, by steamboat to Eide (today Granvin), and from there with horse and carriage past Skjervsfossen to Voss. The railroad

from Voss to Bergen called “Vossebanen” opened in 1883, and travelers could therefor end their journey from Stavanger to Bergen taking the train the last bit. The railroad from Voss to Oslo finished in 1909, and we had a railroad connecting the two biggest cities in Norway, Bergen – Oslo.

The Discovery Route was a great success, until the first world war put an end to the tourism along the route. In 2013 it was time to bring back the success, in form of the new Discovery Route, inviting you to travel in the footprints of the pioneers from the 1880s. 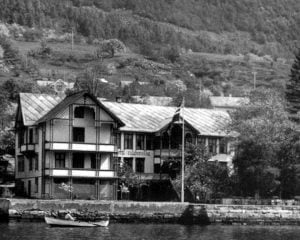 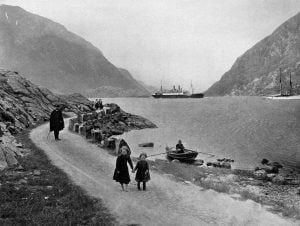